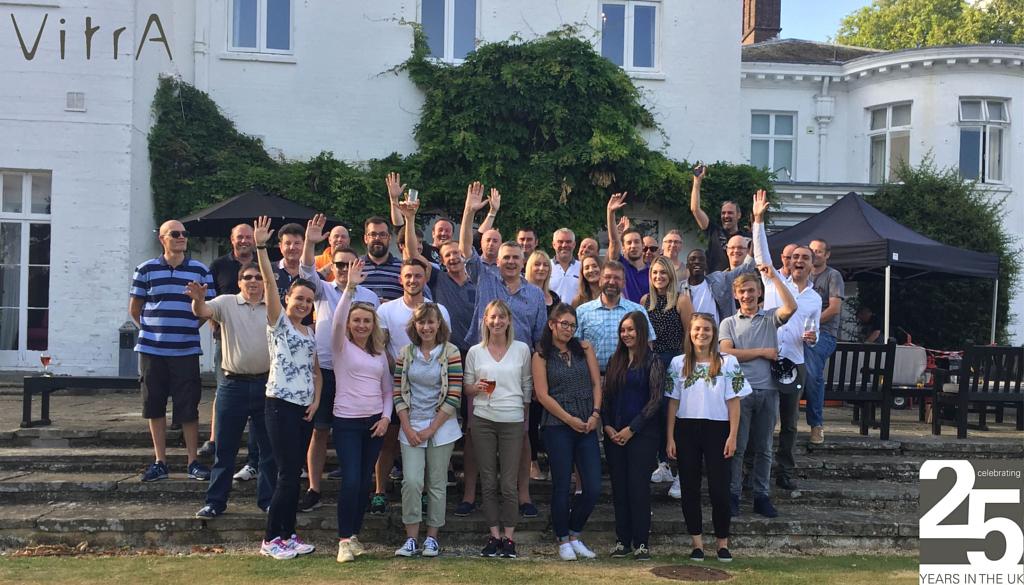 VitrA is celebrating 25 years in the UK this weekend. The high profile VitrA brand has enjoyed significant growth, due to its commitment to producing products that people really want in their bathrooms. Celebrations have kicked off with a party for staff at its UK headquarters in Didcot, Oxfordshire. To mark the occasion VitrA is also asking retailers to share any bathroom stories or images from the early 1990s.
Margaret Talbot, marketing manager for VitrA in the UK “The last 25 years has been a period of unbelievable change and innovation. The market has seen ups and downs and developed faster than previous decades thanks to compelling advances in both technology, materials, and outstanding product design. The bathroom is arguably the most exciting arena, with many companies like VitrA using renowned British and international designers to create stunning, feature-rich, and fashionable bathrooms. Who would have believed 25 years ago that we’d see remote-controlled high functioning WCs and bathroom mirrors planning our trips to work? The British consumer is leading the world in embracing products that enhance both relaxation time and at the same time reduce the human impact on the world’s valuable resources.”

To celebrate its 25th anniversary in the UK VitrA UK is inviting all bathroom retailers to share bathroom related stories and pictures from 1992. Please share photos, anecdotes, or memories on social media @VitrAUkLtd for Twitter and Instagram and for Facebook, @VitrAUK using the hashtag #VitrAUK25. 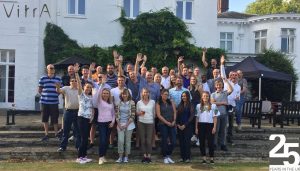 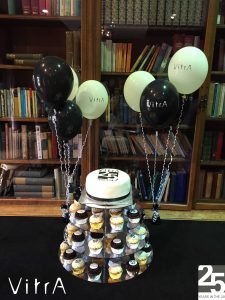 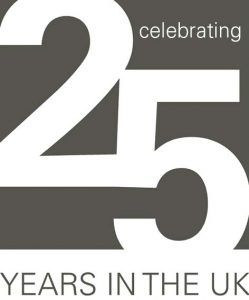 VitrA Bathrooms is part of the Eczacıbaşı Group, one of Turkey’s most prominent groups which celebrates its 75th anniversary this year. Founded in 1942, VitrA entered the UK 50 years later in 1992, the same year as LiveAid and the introduction of DNA fingerprinting and the nicotine patch. David Bowie married Iman, a fire broke out in Windsor Castle, Bill Clinton became president and the Conservatives secured a 4th term in office. Today, VitrA UK handles over 1 million products a year through Didcot and from its 16 production facilities worldwide distributes over 6 million products to over 75 countries.

Captions: The head office team of VitrA UK celebrate 25 years in the UK and cupcakes mark the silver anniversary.