After winning 11 Good Design awards in January, VitrA returned from the 2018 iF award ceremony on 8 March with 8 iF awards, including a Gold.

VitrA has won 8 new iF awards, largely considered to be the worldwide symbol of product and design excellence. VitrA’s gold prize winner was the Stix ceramic tile range, which has a natural stone appearance that will never go out of style. Several ranges created by the VitrA Design Team also won iF awards, including the Sento bathroom range and the Suit brassware range. Tech-slate tiles range also received iF awards, as did the exhibition containers that VitrA used to display its new products and highlight its sustainability approach at the 2018 Unicera fair.

This year, the iF Award international jury of 63 design, industry and architecture experts evaluated more than 6,400 products from 54 countries. Among the many criteria, they consider are the innovative, functional, aesthetic and environmental attributes of new products.

Including this year’s awards, VitrA has won 22 iF awards to date. It has also won numerous other prestigious design and innovation awards, including EDIDA, Design Innovation, Design Plus, Iconic Awards, Interior Innovation, Plus X, Red Dot, and Wallpaper. 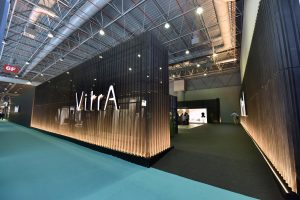 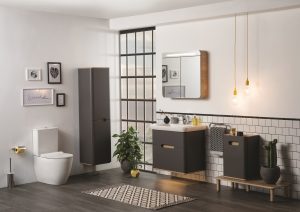