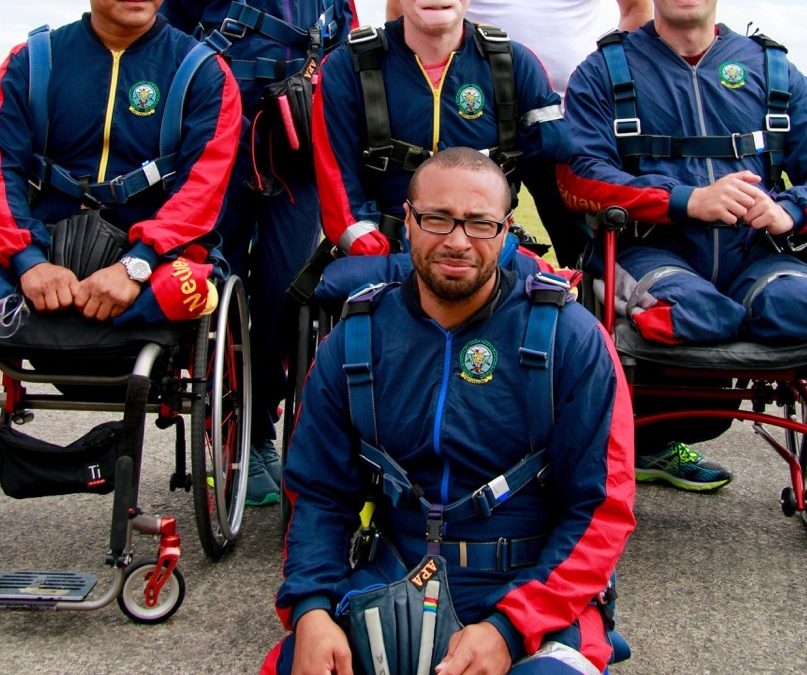 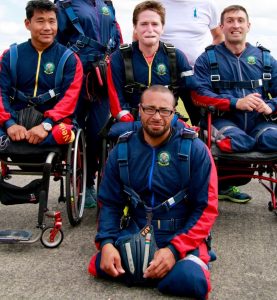 The Pilgrim Bandits Charity, based in New Milton, Hants, has put out a call to find daredevil volunteers willing to tandem skydive on July 15th at Netheravon in Wiltshire to raise money for the injured service men and women it supports. The charity smashed the World Record for the most people tandem skydiving in 2014 and was one of the first to adopt tandem skydiving as a fundraiser. The charity which is celebrating its ten-year anniversary this year was formed by retired Special Forces members to provide the toughest of expeditions and physical challenges for wounded men and women from all the services. Allowing them to rebuild confidence and self-belief.
A gruelling expedition recently took place last week which involved eight amputee servicemen retracing the extraordinary 84-mile Cockleshell Heroes raid kayaking up the Gironde River in France.
Pilgrim Bandits spokesman Andre Edwards, “This is a bucket-list opportunity. Netheravon is based on Salisbury Plain and the views are stunning. The cost of the jump is £250 and It’s just £50 to register with a further £100 required in sponsorship on the website.”
Caption: Tandem Skydivers coming into land in 2014. Injured soldiers getting ready to jump in 2015.
Anyone interested in taking part can get further information at http://pilgrimbandits.org/events/pilgrims-drop/
For additional media information please contact:
media@pilgrimbandits.org t. 01425 461600 m. 07767 784295