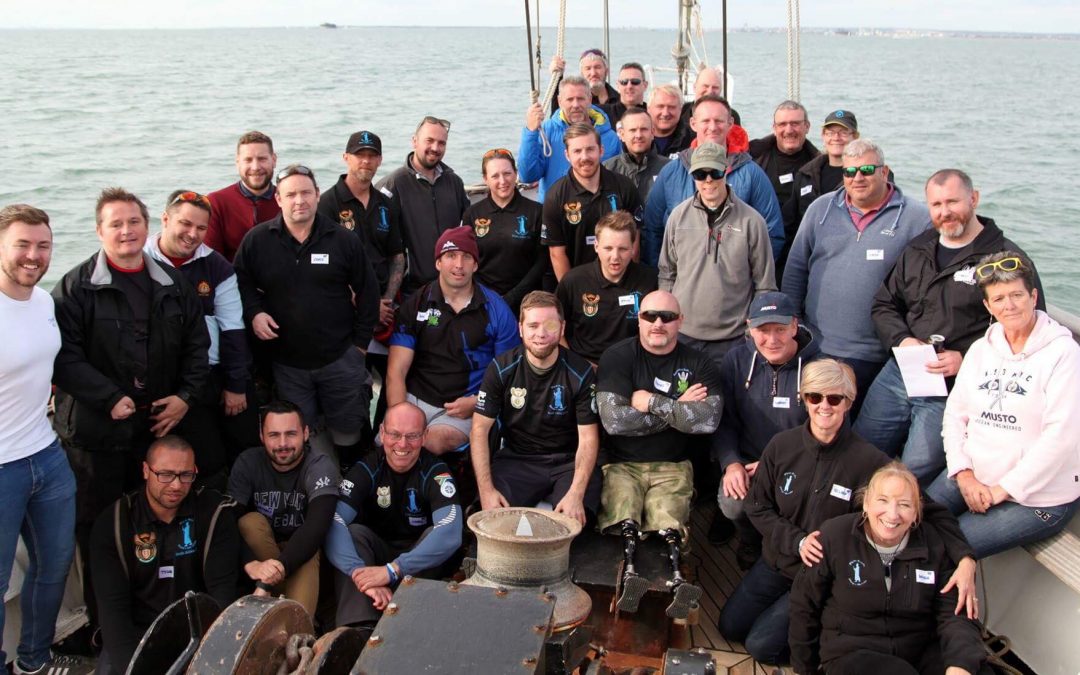 Ahead of Pilgrim Bandits Charity’s next adventure – a 300-mile kayak down the Orange River in South Africa – the charity organised a day’s tall-ship sailing with the help of Mhairi Sharp, Military Partnerships Manager for the Jubilee Sailing Trust from Southampton.

Pilgrim Bandits, based in New Milton, Hants extended the invite to all its injured regulars which includes both serving soldiers and veterans from all the uniformed services.  Among the 12 injured that joined the trip were MC holder Ricky Ferguson who lost both his legs and an eye in Afghanistan. Pilgrim Bandit’s Charity’s Patron and Ambassador Lance Bombardier Ben Parkinson MBE – also a double leg amputee who sustained a catalogue of 40 injuries including a closed-skull brain injury in Afghanistan in 2006.   Jimmy Wilson, a former Army Engineer from New Milton who also lost both legs in Afghanistan.

Andre Edwards, general manager for Pilgrim Bandits said “JST arranging life-changing adventures to people of all ages, backgrounds and levels of physical ability. Their trips, like ours, aim to improve lives by building self-esteem and personal confidence.  The weather was amazing and everyone thoroughly enjoyed the day.  Lots of inter-service banter between Matlows and Squaddies – perfect.” 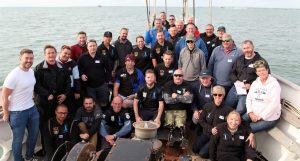 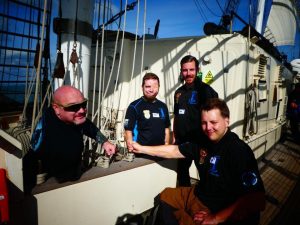