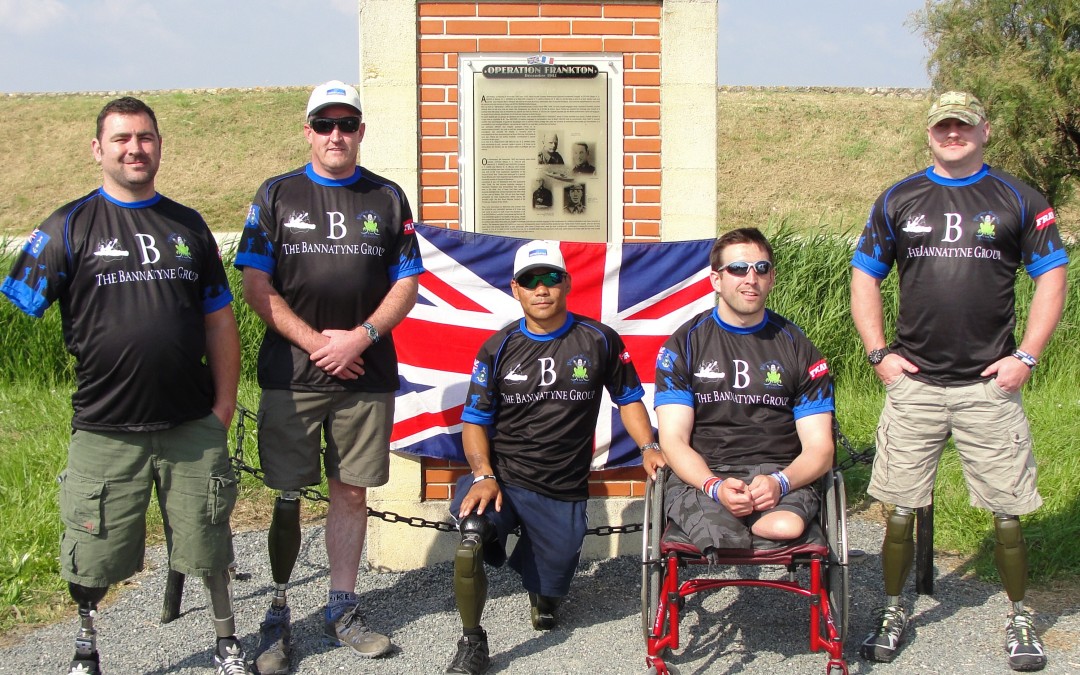 Amputee Ex-Servicemen to Attempt Fastest Kayak Around Isle of Wight

ord for the 57mile kayak around the Isle of Wight.  An able-bodied record of approx. 7 hours exists, set by single kayaks but this record will be made in double kayaks by men without legs.  The Isle of Wight circumnavigation kayak also forms part of the charity’s training for a gruelling Greenland Kayak Expedition taking part in September 2016.

James McMullen, Hampshire Representative for Pilgrim Bandits Explains. “We will make a good attempt at the 7-hour record but whatever we achieve will be a record for amputees.  We operate a wounded serviceman’s kayak training and instructor qualification scheme that prepares them for employment in the growing leisure sector.  These lads are taking part in the Greenland expedition in the Autumn but are also working towards a teaching qualification using skills and experience they gained in service.  Part of our job as a charity is to underline that these lads are not only absolutely employable but truly inspirational.”  Injured soldiers and veterans taking part include double-leg-amputees Jimmy Wilson (Lymington), Tyler Christopher, Hari Budha Magar, Vincent Manley and single leg amputee Colin Hamilton.

Get Involved:  Pilgrim Bandits is offering local businesses the chance become involved by; sponsoring the event in return for marketing opportunities, by purchasing spectator tickets for guests on a luxury 68ft motor launch called Tusk kindly loaned for the day.  There are also paid-for opportunities to accompany the kayakers in Cobra Ribs www.cobraribs.com  on the open water and to join the team in the early evening (from 5.00pm) for an informal BBQ with acoustic music on Yarmouth Green, the use of which has kindly been donated by the Yarmouth Harbour (Isle of Wight) Commissioners. www.yarmouth-harbour.co.uk.

For full sponsorship information or details about the day please contact James McMullen on 07971 020972 or james@pilgrimbandits.org

Pilgrim Bandits Charity is based in the New Forest Hampshire and provides gruelling expeditions for amputee and injured servicemen and women from all the armed forces as well as Fire, Police and Ambulance services.  The charity also visits schools, care homes, colleges and young offenders’ institutes to inspire underprivileged young people in partnership with the Prince’s Trust.   Pilgrim Bandits is also the only military charity to fund Hyperbaric Oxygen Therapy to speed recovery. The charity also provides residential training for valuable kayaking qualification to enable injured to combine their military skills with credentials to find employment in the leisure sector.  www.pilgrimbandits.orgWatch Full Movie Online Streaming Online and Download