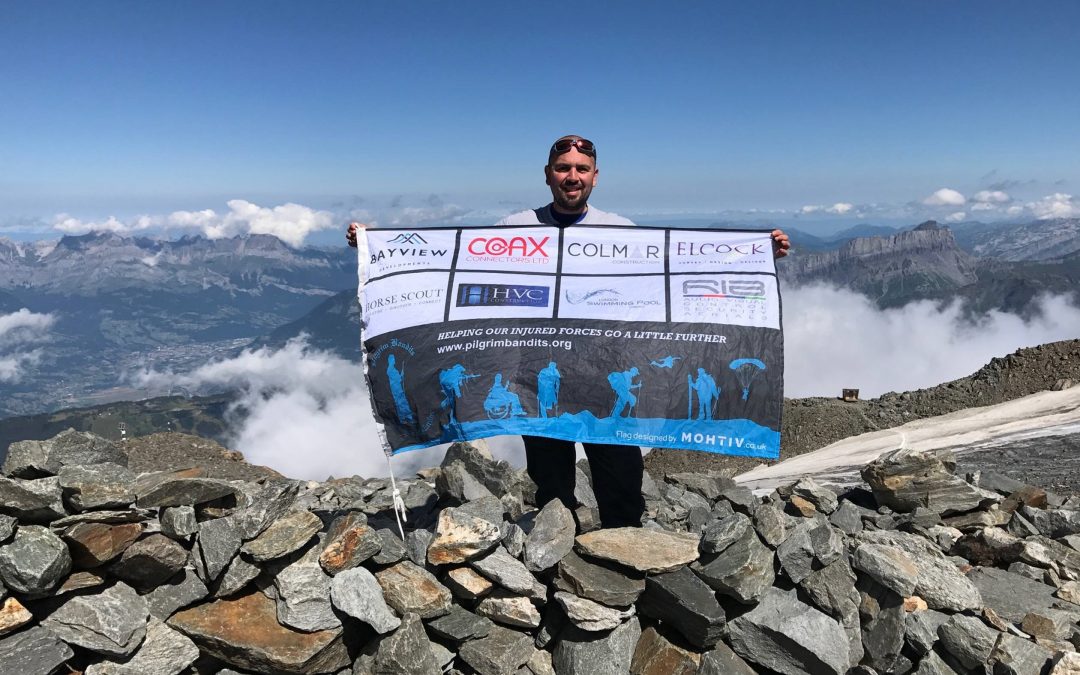 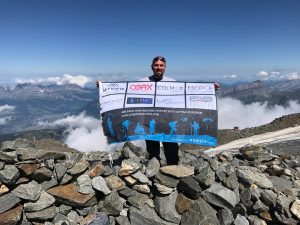 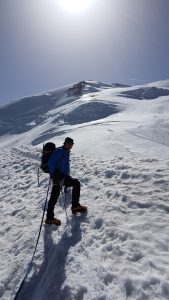 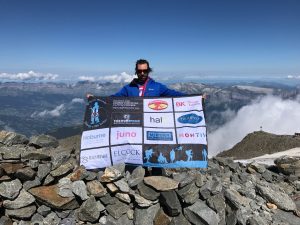 As the tallest mountain in Europe at nearly 16,000ft (4696 metres) the ‘white mountain’ has claimed dozens of lives with approx. 30 fatalities recorded each year. Climbing unaided requires mountaineers to climb and sleep on the mountain, carry all their equipment, food and water weighing around 50kg, with no professional mountain-guides. This is an extremely dangerous approach and the first attempt in April 2017 was called off at 4000m due to unsafe conditions. Adam had to start again later in July 2017.
Adam, who raised a terrific £4000.00 for Pilgrim Bandits Charity explains “Climbing Mont Blanc is an extreme a challenge – alpinism with a capital A. I wanted to do something remarkable to raise money for this outstanding charity. Something that would really push me physically and mentally. Just like Pilgrim Bandits pushes injured servicemen and veterans.”
Adam, himself a former soldier, has been supporting the elite military charity, which hosts extreme expeditions for injured soldiers, for some time. He completed a 90-mile kayak retracing the Cockleshell Heroes mission from WW2 in France in May and has recently sponsored a safety-support rib (boat) for the charities many kayak expeditions.

“Climbing in the summer made the challenge far more demanding as it increased the risk of avalanche, rock, and ice falls. We ascended the mountain in around 16 hours and went from virtually sea level to close to 5000m’s within 24 hours and this made the ascent extremely demanding. We were caught in a snow and wind storm coming back down which meant we had to stay on the mountain in a refuge for 18 hours as it was impossible to descend. Altitude sickness also kicked in making it that much harder. The climb was breath-taking however and we raised valuable funds for the charity .. win win.”