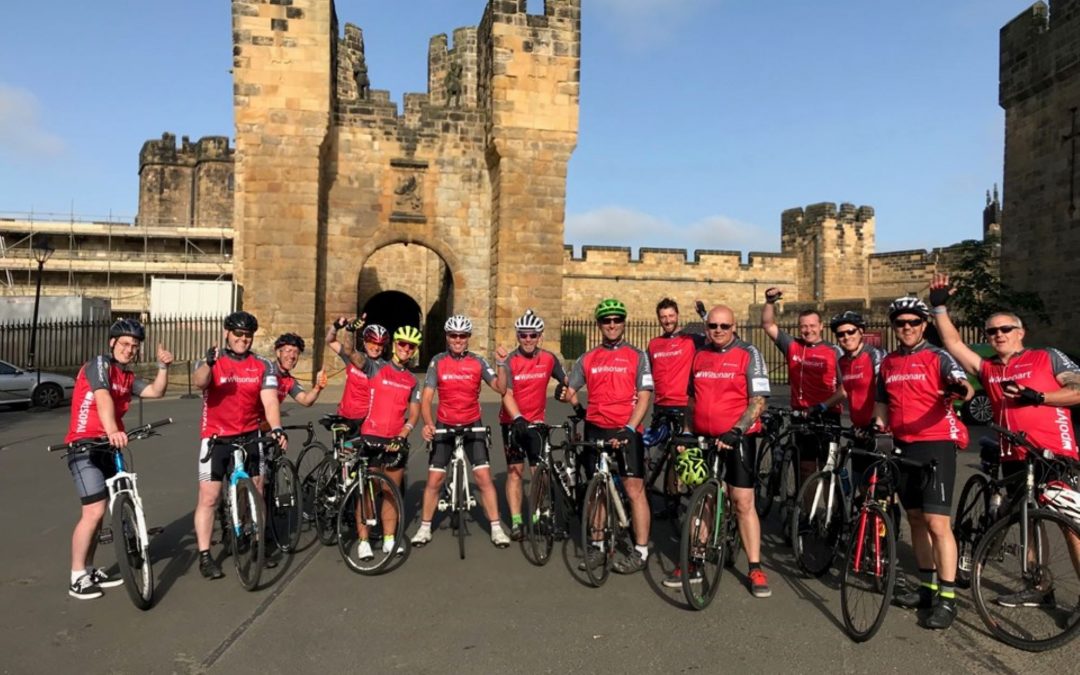 Wilsonart staff and management have surpassed the £10,000 charity fundraising goal for 2019.

Launching in February 2019, the team at Wilsonart pledged to raise £10,000 for Alzheimer’s Society, a charity very close to two of the staff: John Goldsborough and Kevin Allen. As the UK’s leading dementia charity, Alzheimer’s Society provides information and support, funds research for a cure, care and to improve the lives of people affected by dementia.

To kick off a year of activities ‘Dress Down Friday’ saw team Wilsonart dressing up as their younger selves from the 80s and 90s inspired by Alzheimer’s Society’s own Flashback February campaign. Followed by months filled with charity bake sales and a sponsored slim and a pyjama party, the staff at Wilsonart announced 2019’s gruelling cycling challenge: Shildon to Shore, a 250-mile journey from their Lambton Street, Shildon site to Shore Laminates in Perth, Scotland.

“I am proud of this year’s charity ride for Alzheimer’s society as I’ve experienced first-hand the impact Alzheimer’s has on people and families.” – Ian Dowd, Production Planner

Leaving at 8 am on the 28th of June, a team of 20 cyclists hit the road to Perth. En route, the cyclists were met by locals who made generous donations, some even providing refreshments to keep the team pedalling.  Cycling past some of the region’s iconic landmarks such as the Angel of the North and Alnwick Castle, and battling through challenging Scottish weather, the team completed their journey in 3 days raising an outstanding total of £7000 and combined riding a total of 5000 miles.

Nick Jones, Head of Sales for Wilsonart UK, said “2019 was our biggest fundraising year yet. Right across the business, all of our teams have got stuck in to support the Alzheimer’s Society. Working with Dan Nelson (community fundraiser for the charity) and meeting him earlier in 2019 has been tremendous and provided the inspiration we needed to reach our £10k target. Huge thanks to everyone involved in our many fundraising activities. Wilsonart feels proud to have supported this great cause.”

Determined to reach their £10,000 target, in September Wilsonart announced they would be completing a 10,000ft charity skydive with six of their brave members of staff volunteering to taking the jump. Taking the plunge in November and December, Hannah Abbott,  Alan, Sue, Chris, Claire and Lindy raised almost £4000 for completing their skydives, smashing the £10,000 target.

Following a brilliant attempt at Movember from the AST Team, on December 13th, Wilsonart proudly presented Dan Nelson from the Alzheimer’s Society with a cheque for £11,686, a donation that will make a massive difference to dementia research.