IS THIS THE TOUGHEST CHARITY CHALLENGE YET? 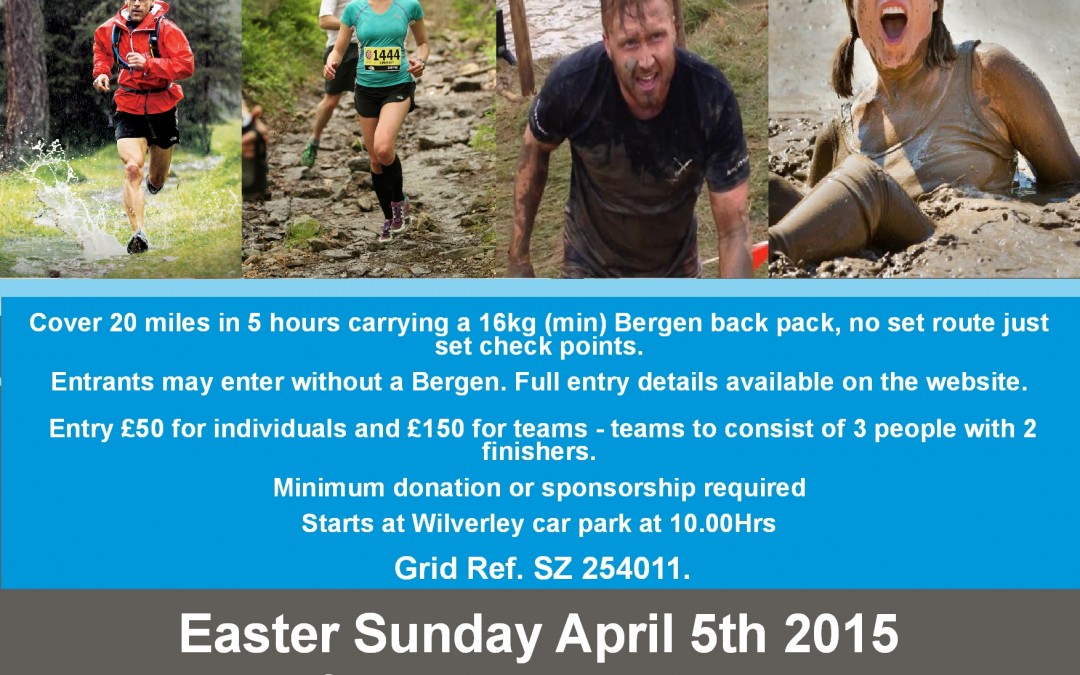 IS THIS THE TOUGHEST CHARITY CHALLENGE YET?
Local military charity that inspires young people by challenging amputees from all the forces launches New Forest Challenge on Easter Sunday 2015.
April 5th 2015, 9.30am Wilverly, New Forest National Park, Hampshire.
Pilgrim Bandits www.pilgrimbandits.org, the New Milton based forces-focused charity has announced details of the inaugural, and sure to be punishing, New Forest Challenge as one of its toughest fund raisers this year. The 20 mile hike in just 5 hours encourages entrants to carry a Bergen (back pack) weighing 16kg, although it is optional. Using an allocated set of co-ordinates each participant must make their way to the finish in under five hours without using tarmac roads.
Founded in 2008, by veterans of the Special Forces, to physically and mentally challenge injured soldiers, sailors, police and fire crew, Pilgrim Bandits has raised over £1.5 million to organise ground-breaking international expeditions for some of the country’s most appallingly wounded. The charity then shares the extraordinary experiences of these, single, double, triple amputee and brain damaged men and women to inspire children and young people from challenging backgrounds all over the country.
Andre Edwards, Dorset Co-ordinator for the Pilgrim Bandits, and ex Special Forces himself explains. “This event is in a league all of its own. There’s no gimmicks or fripperies, it’s just a hard-core slog over 20 miles of New Forest as fast as possible.

In April the weather can go either way, but we can expect it to be swampy underfoot and very hard going.”
Pilgrim Bandits have hosted similar events, based on military style selection-challenges, and to date just one person has completed it in the time.
Andre explains “We expect our injured patrons to dig deep and push themselves really hard whether that’s kayaking the Yukon or Gironde River in France, or hiking across a frozen plateau in Norway. This challenge will give our supporters a taste of what we put them through.”
Cost of entry for per entrant is £50 and teams £150. There is a minimum sponsorship donation requirement to Pilgrim Bandits of £150 but entrants may use the event to raise funds for other charities too.
For full entry details visit http://pilgrimbandits.org/events/new-forest-challenge/